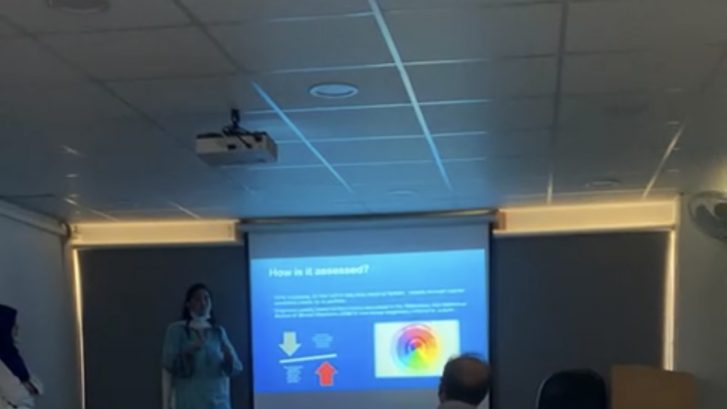 ZCSLHS has continued its parental training series and this month organized its third Parental training program which was held on 16th April’22 on the topic of early intervention of ASD disorder. Our esteemed speakers Ms. Asfia Naseem and Ms. Amna Bokhari shared their knowledge regarding how the teamwork is important in assessing a child with ASD and the major players of this team are the parents and their observation regarding the child. A multidisciplinary team comes in action which has psychologist, occupational therapist, Speech language therapist and at times neurologist. They all play a significant role in helping the child. The psychologist uses the DSM 5 to assess the child’s behavior and see if he/she meets the criteria of ASD. Two important criteria when assessing the child is his lack of social interaction and repetitive behavior which are the major red flags. The therapists also discussed what are the important assessments done by speech language therapist to suspect ASD and for giving out appropriate referrals.

His vision was to spread quality education amongst the Muslims of the subcontinent.